Our society’s evolution over the last 500 hundred years has been driven by the scientific revolution.  This revolution sparked the discovery of the New World, has increased our knowledge, and improved our living conditions exponentially.  It was based on the admission of ignorance, the idea that we don’t know everything and that there is a lot left to discover.

I strongly believe this same principle must be applied to succeed as a leader.  Throughout this article you will learn a few lessons from history that you can apply in your leadership.

If the admission of ignorance fueled the scientific revolution and the discovery of the world, it must be applicable to our personal lives.

It accepts that the things that we think we know could be proven wrong as we gain more knowledge.  No concept, idea, or theory is sacred and beyond challenge.

“Some people pretend that they have 25 years of experience

when in fact they have repeated the same year 25 times.”

Do you think these people are admitting ignorance or are they know-it-alls?

When one admits ignorance, it shows great humility and self-leadership.

What are the benefits of admitting ignorance?

In history, the willingness to admit ignorance has hugely expanded our capacity to understand and discover the world, as well as our ability to invent new technologies. You can use this example as inspiration for a great personal leadership challenge that will fuel your own revolution of knowledge and discovery in your life.

Let’s look at two great examples from history, the conquest of the New World and the world economy domination.

In the 1770’s Asia accounted for 80% of the world economy and the Europeans had no significant technological advantage over Muslims, Indians or Chinese. How did they manage in the following century to create such a gap between themselves and the rest of the world?

The difference was that the Europeans began by admitting ignorance – they said, “I don’t know what’s out there.”  The Salviati map (1525) is a good example of that. The Europeans had maps with empty spaces while the others didn’t.  They felt compelled to go out and make new discoveries.  And they hoped that the new knowledge would make them masters of the world.  And it did! The discovery of new lands translated to new colonies, which led to greater wealth in terms of trade and territory.

Those who win and achieve big things in life are not necessarily the best: they are the ones who admit that they don’t know everything and who take the path of discovery and self-education.  This is the reason why they achieve big things.

If you adopt the same mindset in your life and in your work, you will also feel compelled to take action and make new discoveries that will help you master your own world.  Because you know that there are empty spaces on the map of your world, you will be compelled to say: “I don’t know what’s out there but I am embarking on a journey to discover it.”

So how can you use the admission of ignorance to fill the gap?

Brian Tracy proposes a good explanation to help us understand what differentiates the top 5% of the population vs. the other 95%.  He calls it the E/E equation.  The first E stands for Entertainment and the second E stands for Education.

95% of the people spend their spare time on entertainment while the other 5% spends theirs on Education.  This is what makes the difference between success and failure.

Jim Rohn describes it this way:

Rich people have big libraries and they are action-oriented.”

Here are four actions you can take quickly:

As you have seen, we can learn much from history and apply these lessons in our lives and in our work. The conquest of your world must begin with the admission of ignorance. This conquest is slow and takes a long time, but it will eventually help you achieve great things.

This article was inspired by Sapiens: a brief history of human kind by Yuval Noah Harari. 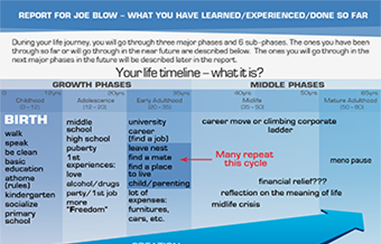